April 30, 2020
Aside from cookies, the one thing that Xander really misses since going dairy free is caramel and toffee flavours. He even bought me a Heston cooking thermometer for the purpose of making caramel. But I wanted to try something simple for an initial attempt at this, and I found  The Pioneer Woman's  recipe for butterscotch pudding. However, naturally, I have to exclude the milk, so I mixed a coconut milk drink with coconut cream for added fat. This was a creamy, smooth treat. Ingredients 1 1/2 cups brown sugar 1/4 cup cornflour 1/2 tsp salt 2 1/3 cup/500ml coconut milk drink 2/3 cup/250ml carton coconut cream 4 egg yolks 2 tbsp vegan spread 1 tsp vanilla extract Mix the dry ingredients in a pan Mix together the milk, cream and yolks until well combined, mix with the dry ingredients Put the pan on a medium heat, stirring regularly until the mixture develops a thick, custard consistency. Add the spread and the vanilla Pour into your desired dishing glasses and ch
Post a comment
Read more

August 09, 2018
This is the cake I made for Xander's 30th birthday. White chocolate is his favourite type and unfortunately he had to cut it from his diet when he cut dairy. Fortunately, Sainsbury's, among others, have introduced an alternative that has been seeing an increasingly consistent supply line. As of this writing it's the best value of dairy free white chocolate at £1.10 per 100g. While some might not enjoy eating it outright compared to the milk version, I use the milk one in rocky road and I find nothing ill to say about it. This recipe is adapted from the white chocolate sponge cake recipe from the blog Flours and Frostings. Ingredients: 3 large eggs (room temperature) 100g granulated sugar (150g if not using frosting) 165g plain flour 1/2 tsp xanthan gum 1 1/2tsp baking powder 1/2tsp salt 85g dairy free margarine 170g dairy free white chocolate (I used Sainsbury's) 180ml alternative milk (I use Koko) Set the oven at 160 Celius/365 Farenheit Line a 5cm de
Post a comment
Read more

November 21, 2017
This cake is one that goes down well, even with people who don't even like coconut! The tangy icing lifts the moist sponge. I put this up without photos because I found out that one colleague's niece is coeliac, and wanted him to be able to share it with his sister and her family. Ingredients 150ml coconut milk 50g desiccated coconut 25ml milk (or dairy free alternative) 250g butter or dairy free margarine, softened 250g caster sugar 3 eggs, beaten Juice and finely grated zest of two limes 250g gluten free self-raising flour blend 1tsp Xanthan gum For the icing: 15ml coconut milk 250g icing sugar, sifted Juice 1 lime 50g toasted coconut flakes (optional) Line a 20cm square cake tin with baking parchment and pre-heat the oven to 180 Celsius/Gas Mark 4 Put the coconut milk in a saucepan over a high heat, as soon as it starts to boil, take off the heat and add the desiccated coconut and milk, set aside to cool. Cream the butter and sugar in a
Post a comment
Read more

July 14, 2017
Earlier this week I brought this cake, admittedly made with spelt flour, to work since I would be at a new branch on my birthday. I was subsequently asked for the recipe, so here it is! The lemongrass provides a light, unique flavour that makes me say 'try this cake at least once'. Recipe from Rachel Allen's book Cake Ingredients 4 stalks of lemongrass, tops and bases trimmed and outer leaves removed 250g caster sugar 4 eggs 200g butter, softened (I used sunflower spread) 125g desiccated coconut 125g plain flour 2tsp baking powder For the syrup: 75g sugar 75ml water lemongrass trimmings Preheat the oven to 170 Celsius (325 Fahrenheit) or Gas mark 3. Line a deep 23cm diameter baking tin with baking paper Thinly slice the lemongrass stalks and put in a food processor with the caster sugar. Run the mixture until the lemongrass is pureed and fragrant Add the eggs, butter and coconut, mix until combined. Sift the flour and baking powder and add
Post a comment
Read more

The Oven is Fixed!

September 16, 2016
I mentioned this briefly on Twitter, my landlord's handyman came in yesterday and fixed the oven, but before I reveal what happened, let me remind you what prompted me to call in the professional on this. When I used the oven, I realised there was a strong smell, like fish, coming from it. I cleaned it thoroughly with oven spray, let's just say it needed that, but the smell remained. Pattering around on the Internet I came across a thread on netmums wherein one user, Jodie, suggested the smell is a sign of failing electrics and to get them checked. This actually made sense because while the hob is gas my oven is electric. I called my landlord and switched it off at the mains, using matches for my hob so no one forgot to turn it back off. So yesterday, while I was already at work, the handyman arrived. Xander went to work before he could look at it, but what it boiled down to was the plug had shorted. So he cut the burnt off bits, installed a new plug and reassembled
Post a comment
Read more 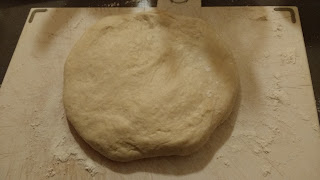 So I'm not expecting to get a hold of an electrician for at least another week (the one my landlord trusts is out of town, and the one I work with is on holiday, go figure...) he suspects a shorted element, but we'll have to see what the damage is when he gets back. But as we experiment on the hob (and pursuing solutions to problems from said attempts) I began culling things that went uneaten (this was mostly long-life stuff stowed away for emergency situations that never presented themselves) I came across four jars of sandwich pickle. This with ham is Xander's filling of choice for sandwiches, which he was put off of because he didn't like the texture of gluten free bread and spelt bread from The Bread Shop was always at risk of cross-contamination. So on Wednesday I come home from the supermarket laden with fresh goodies for a top-up, since there's only so much room in our fridge and a lot is taken by cold drinks and a week's worth of lunches after Sunday
Post a comment
Read more

August 30, 2016
A couple of times a year, Xander eats something with wheat on purpose. What is this madness? Well, first of all, let me explain what separates allergies from other intolerances. An allergy is when the immune system develops antibodies against something relatively harmless. When we are exposed to a pathogen (a disease causing microbe) our body's biggest defence is antibodies, which are generated by a specific kind of white blood cell. Antibodies are designed to target specific antigens, which are markers for these pathogens. That said, in order to develop these antibodies, our bodies need to be exposed to these pathogens or allergens. This is why we have vaccinations, and why fatal allergic reactions are rarely the first exposure. Allergies is when the allergen is believed by a person's body to be a pathogen and the immune system reacts to it. The things we suffer as a result are in fact our body trying to purge us of the allergen. This is not to be mixed up with autoimmun
Post a comment
Read more
More posts